It gives me great pleasure to introduce to the world my latest mind-burp in the form of  a collection of investigations into many mythological legends in my book called The Exegesis of Lucifer. 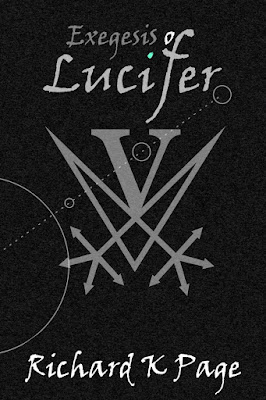 What I hoped to achieve in the book is a collection of examinations into mythologies from around the world that I believe  link directly to the archetype  “Light-Bearer” incarnation story. As I find my way through both Pagan and Mainstream religious legends and “History” I find similar reoccurring themes present themselves over and over again.

Luciferian’ s never really do settle for one absolute truth, The truth is that which presents itself at the time, our subjective reality is simply a collection of stimulus and testimony that we accept as being reasonable or from a trusted source, as we get older and “wiser” we accept less the reliability of our trusted sources, and if you get even more “wiser|” you are rational in doubting even your own senses.

It comes to the point when we really have to question the nature of our existence, this is commonly called philosophy, and for the ‘Soph-ians’ we know this is the nature of being ‘ Luciphian’.

I swept through legends in Celtic, Romanic, Middle Eastern and Greek mythology and found a cyclic renditions of births, deaths, betrayal, brothers, murder, revenge that even occurred even several times under the same pantheon. This ancient knowledge, observed by the world from corner to corner was so significant all mythology contains a variant of the Lucifer story. What they were trying to tell us I can only hope we learn, not by dismissing them all as faery tales, but by collating them all into one scientifically possible event.

Faith, superstition or was it an account of the natural?

I link my collected stories to the astrological observations of Venus, the morning star and celestial events as well as explaining the evolution of words and their migration across the continents.
All in I hope to provide the reader as always with some new perspectives and meanings to the origins of beliefs in particular that of Lucifer to form the growing popularity of syncretism.

The with glorious pictures and artworks depicting Lucifer throughout time, as well as many other colour illustrations explaining the concepts of a classic Gnostic Luciferianism
, or the lesser mentioned RHP (Right Hand Path) aspects of a collective knowledge or consciousness that drives the very essence of nature and evolution, ultimately the drive of mankind to be as gods.

The book will be available in 6×9″ paperback (matt black cover), it totals around 224 pages which can be read as a reference to individual cases rather than read the book cover to cover, although you may benefit to comparisons a reference if you do. I would love to have made it cheaper, but this is the minimum costs for the full colour printing of the book which currently is $29.99 (Believe me the printers and amazon get 95% of that)

Also available on Kindle at a reduced price.

There will be an option to buy a black and white copy in the future maybe July 2016 if you can wait. but now’s the chance to get those first editions.